Locked Scripts at the Till Print

When a script has been brought up at the Till, the script is locked so that it can't be edited elsewhere. In rare cases, a script can remain in a locked state, you can easily release locked scripts via the Till module.

From the Till module:

The Locked Scripts window is displayed. 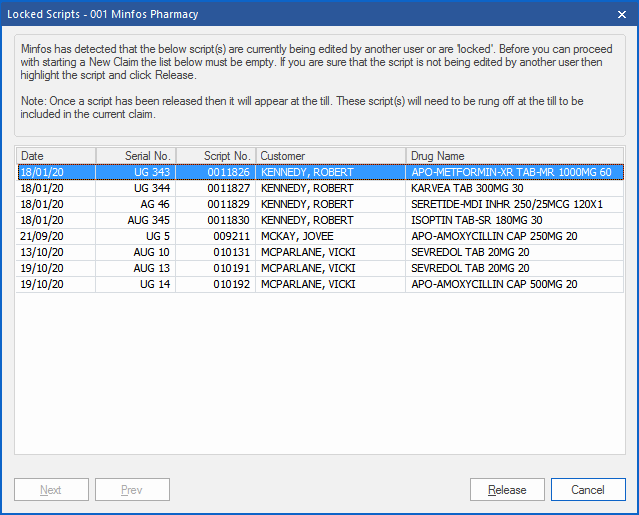 2. Highlight the scripts you want to release.

3. Click Release. The released scripts disappear from the Locked Scripts window and can now be processed via the Till.

Was this page helpful?

Did you find it helpful? Yes No

Send feedback
Sorry we couldn't be helpful. Help us improve this article with your feedback.